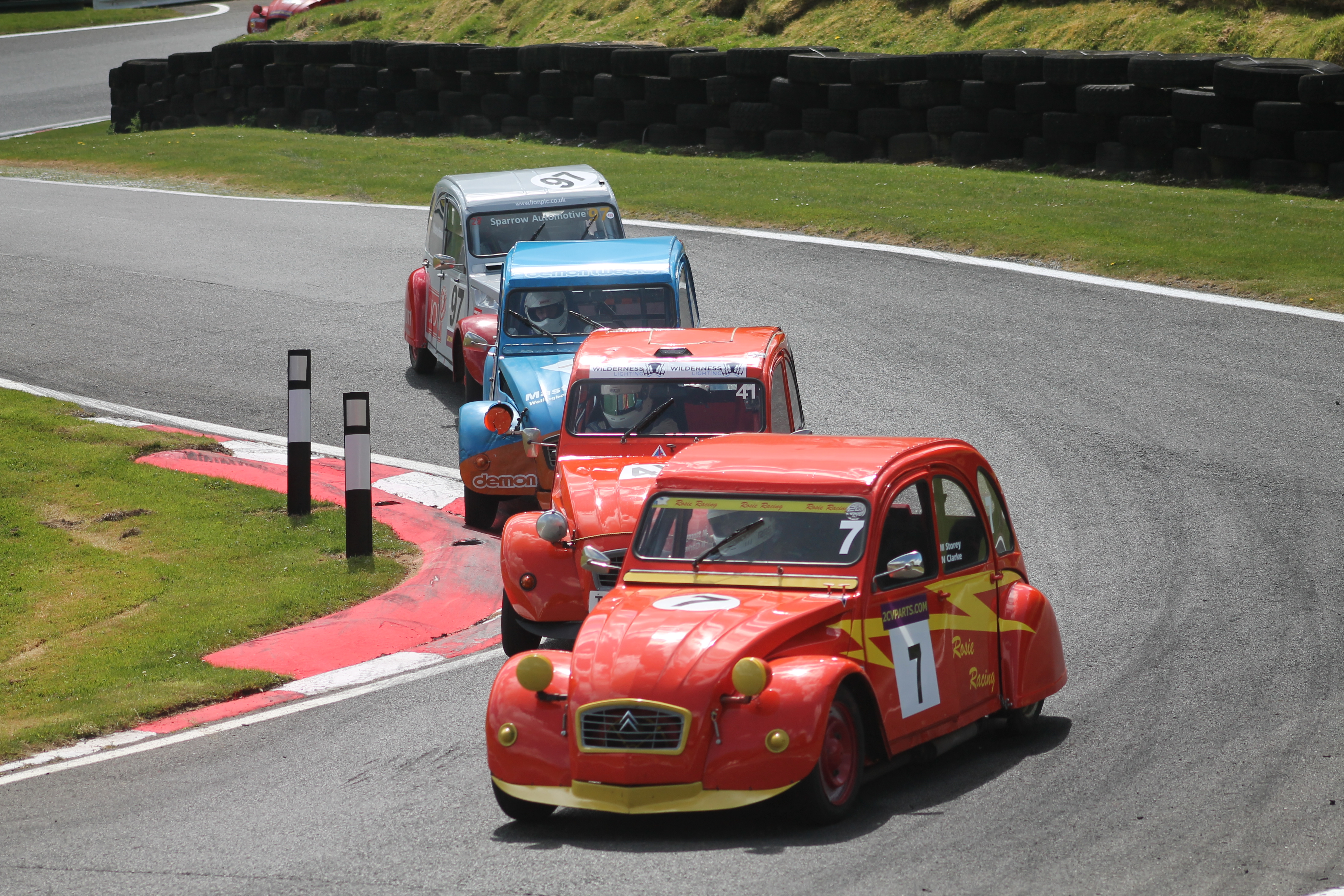 2CV SEASON KICKS OFF AT CADWELL PARK
Lien Davies heads the entry for this weekend’s opening rounds of the 2CV Championship at Cadwell Park.

But the two time reigning champion can expect some strong competition from his regular adversaries in the first of the two sprint races.

Davies’ Team Gadget team mate Simon Clarke is always a threat, but with 2CV legend Pete Sparrow in the field, it’s going to be tough.

Sandro Proietti has the pace, but not always the reliability and sometimes a knack of being in the wrong place, both he and Alec Graham will be looking for podiums.

After years and years of waiting Mick Storey got his first win at Brands Hatch last season, can he gain his second win this weekend?

There are four Hollis Motorsport cars to choose from. Nigel and sons Matthew and Richard, with John Widdowson completing their line-up.

Having come on leaps and bounds last season Marc Grasby will be looking to continue his progress, while Championship stalwart Roy Eastwood will be in the thick of it too, along with Aubrey Brocklebank and Chris Yates.

Nick Roads hasn’t been out of late, so could be an unknown quantity, while Chris Hall, Michael Fox and Ronald Mears are back for more.

Richard Gardiner is back after a few years out, but Brent Savage makes his 2CV debut with a lot of motorsport experience from other formulae under his belt.

Many of the drivers are doing both sprint races, but among the exceptions will be Katy Storey taking over the Rosie Racing car from father Mick, Tom Perry in for Davies at Gadget Racing, Martin Riman for Brocklebank, Ash Carter replacing Brent Savage, Ainslie Bousefield for Clarke in the second Gadget car and Brian Heerey for Roads and Crisis TR Racing.

Most of the sprint entries carry over to Sunday’s Enduro, but a number are doubling up. Steve Walford joins Grasby and Lauren Storey is paired with father Mick and sister Katy.

Luca Proietti isn’t down to race in the sprint, but is due to join Father Sandro on Sunday, while Don Hall joins Chris in the Pork Pie Racing Team and Ash Carter sits in with Yates.

As if one legend wasn’t enough, Sparrow has another former champion making his return in Gary Adnitt.

Graham, Gardiner, Fox, Mears, Eastwood, Matthew Hollis and Crispin are all going solo, while Richard Hollis is down to share with father Nigel and John Widdowson. Of the other duos they all look to be threats and possible winners, with Davies/Perry and Bousefield/Clarke going for Team Gadget