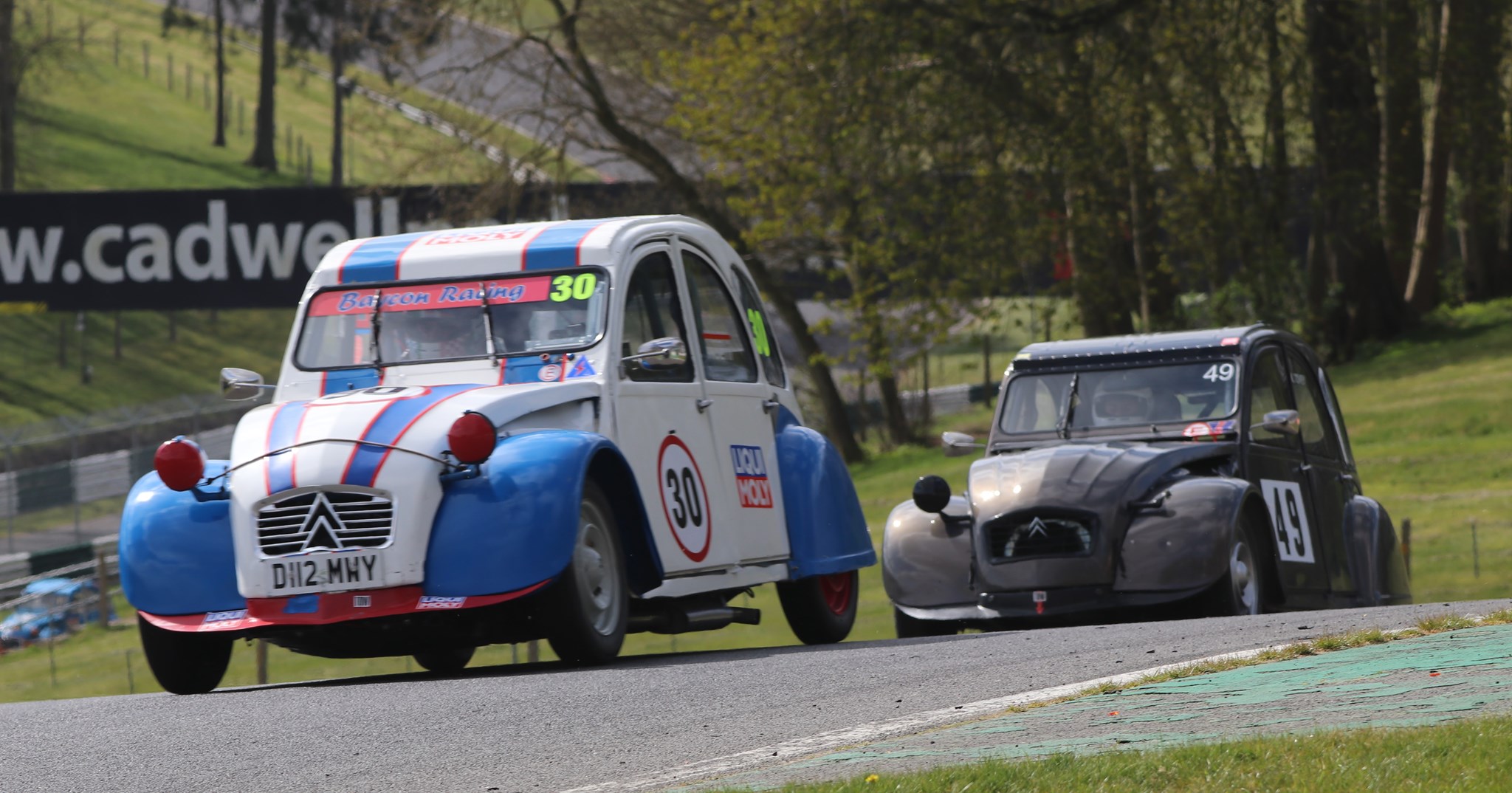 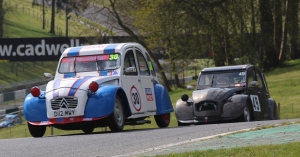 There was an excellent 20 car grid for the season’s opening round and it was clear after qualifying, that Sparrow was going to be the man to beat again. Kris Tovey, Sandro Proietti and Lien Davies were the top four on the grid for race one, with Luca Proietti, Tovey and Nick Crispin following Sparrow in the second

From lights out in race one it was Sparrow in command, with Crispin, Sandro Proietti and Tovey contesting second.

Behind them David O’Keeffe lost three early places, with Martin Riman and Matthew Hollis moving up, demoting Lien Davies on the second lap. 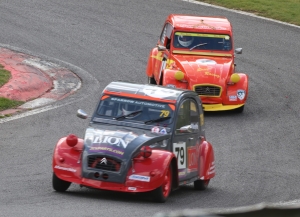 “I had a few suspension issues, and we were bedding in a new engine, but I wasn’t getting that top end for straightline speed,” O’Keeffe explained.

Proietti successfully ousted Crispin a lap later, with Tovey poised to follow. But Crispin held on for another two laps before he was forced to surrender.

By the end of lap five Sparrow’s lead was 1.641 secs and as the duel for second intensified, they continued holding steady the gap to the lead too.

There were constant exchanges between Proietti and Tovey though, but it was Tovey who was ahead onto the last lap.”We had worked together for a few laps and then had our own agenda. I finally got him back at the Gooseneck, but it was really tight,” Proietti explained.

Crispin retained a safe but solitary fourth, “it started OK but then lost performance after I had run wide at Charlies. Sandro got me at the Mountain and Kris at the end of Park Straight, so I was on my own after that,” he said. 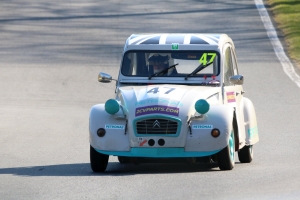 Riman and O’Keeffe shared a few exchanges too, which allowed Hollis to join them. “The top four had gone, so I settled down with O’Keeffe and then we caught Riman,” Hollis explained, with only 0.393 secs covering all three at the flag.

Davies had lost ground early on, but was out after three laps in a dramatic retirement. “I had a reasonable start but couldn’t hang on, then it started bottoming out. I wasn’t fast enough and they just drove passed me. Then into Coppice the rear end got away and swung into a pirouette on the grass, but as I came across Nick Roads arrived at full tilt and we were both out.” he explained.

Chris Yates, Simon Turner and Julie Walford completed the top 10, the latter one of a number with carburettor jet issues. 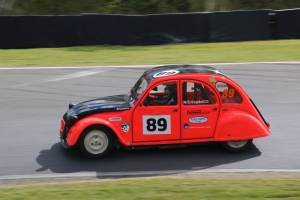 Luke Wos was 11th and behind him Chris Hall just held off Nigel Hollis. Michael Fox and Andi Donaldson went the distance too, while Ronald Mears, Mick Storey and Richard Knight were all a lap down.

For the second race it was Luca in the Proietti car, Steve Panas in Team Gadget’s repaired car and Aubrey Brocklebank in for Riman.

It was Proietti that led through Coppice though, before Sparrow took charge again, with Tovey and Crispin the early top four.

The lead began to grow fairly rapidly, with second place becoming a duel again between Proietti and Tovey.

Crispin was clear in fourth, but couldn’t live with the top three, while behind him Hollis had dropped behind Storey and O’Keeffe. 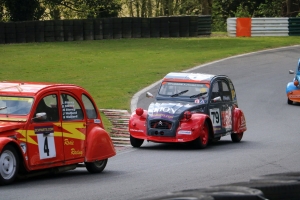 Sparrow built his lead and just held the gap, as the second place duel continued, with Tovey getting ahead for the first time on lap six. From there it was a constant exchange over the remaining laps, as they edged back towards Sparrow too.

But Sparrow took win number two with ease. “A good weekend and another clean start. It was the carburettor settings that made all the difference and a really good set up which all paid off for us,” said the double victor.

As in race one, Tovey started the last lap in second place. “I was quicker in some places and Luca in others, so fairly well matched. I was better through the Gooseneck, but overall happy with that,” said Tovey.

But it was Proietti who got the verdict, leaving Tovey to settle for third again. “Out of Park and into Chris Curve I made my move, as I could see yellow flags at the Gooseneck and knew I had to get by before them. I went for the inside and just made it, brilliant,” he explained.

Although Crispin was a solid fourth again, he continued to struggle. “It wouldn’t go around the Gooseneck and I just couldn’t stay anywhere near those top three. Then I had to slow towards the end just to stay on the track, after being shown the naughty flag,” he said. 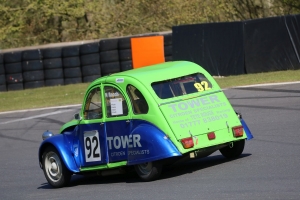 O’Keeffe, Storey and Hollis stayed in virtual formation for the whole race, taking the flag line astern for fifth. “The car felt better than in the first race, but Mick did well to hold on to me, and he even tried to get me at Park,” said O’Keeffe.

Roads also had a fairly solitary run in eighth, having eased clear of Yates early on. Marc Grasby had reeled in Panas for 10th and then by the end of lap eight they had both caught Yates too.

A lap later Panas had crashed out and Grasby was through to clinch ninth, leaving Yates to complete the top 10.

Turner was 11th, while in 12th Roy Eastwood just kept Hall at bay, with Nigel Hollis close too.

Donaldson went the distance again, with Mears and Knight a lap down and apart from Panas, Brocklebank and Fox were also retirements.