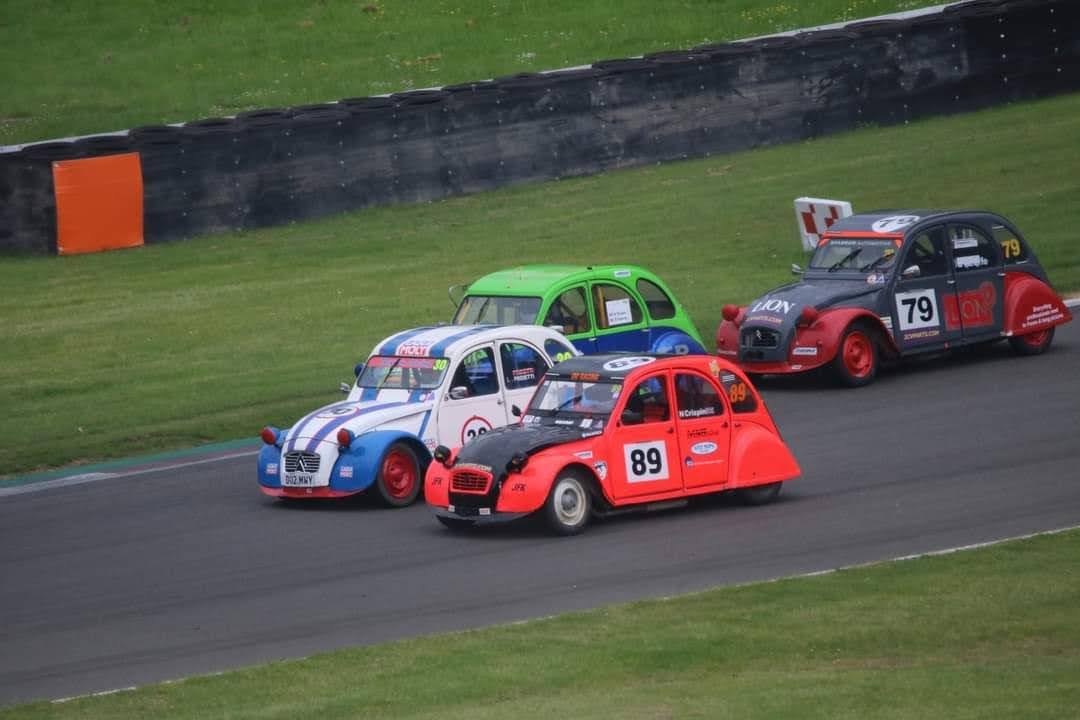 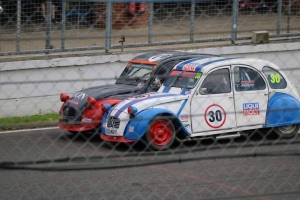 Sparrow had taken pole position by 0.905 secs from Nick Crispin, who was just 0.064 secs up on Sandro Proietti, who was out in Nick Roads car. But sharing the second row was Sandro’s son Luca, the first time they have raced against each other.

Kris Tovey and David O’Keeffe shared the third row, with Martin Riman and Mick Storey next up, before Chris Yates and Simon Turner rounded off the top 10 in the 21 car grid.

From lights out the top four made a break on the opening lap, with Sparrow joined by Crispin, Luca Proietti and Tovey. Even they started to spread a little over the next couple of laps, with Tovey taking Proietti Junior for third on lap three. But Sandro had been slow away and slipped to ninth by the end of the opening lap.

O’Keeffe had led the initial pursuit of the lead quartet, from Riman, Matthew Hollis, Storey and Proietti Senior, until he lost three places as Riman, Storey and Hollis all went by, with the latter duo exchanging too.

Sparrow’s lead continued to grow and grow, but second had developed into a great battle between Tovey, Crispin and Luca. 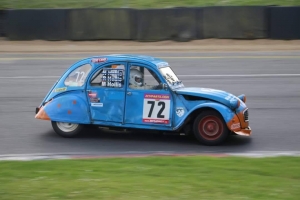 It had been three abreast for most of the lap, with Proietti just hanging back. But on the run up to Druids on lap five he seized his chance, taking both places in one move as Tovey slipped back to fourth behind Crispin.

While Sparrow eased his way home to a comfortable win, Tovey was back in second from lap seven as they exited Paddock Hill Bend and started to consolidate, only for Crispin to  close again, having edged ahead of Luca.

They had been three abreast yet again through into Graham Hill Bend on lap eight, but as Luca tried to regain third from Crispin, he ran wide through the gravel at Clearways and was out of contention.

With Luca out of the equation Crispin was clear to concentrate on his challenge on Tovey for second, and on lap 10 he made his move which finally stuck, before pulling out 0.485 secs on his rival. 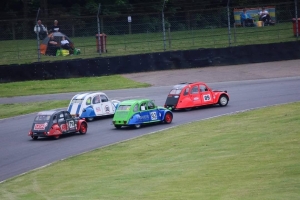 Tovey was still a clear third, but had been gained on considerably by the recovering Luca in the final laps.

Despite a visit through the gravel at Clearways on lap seven, Sandro fought his way into fifth from lap eight, while in sixth Riman just managed to keep Storey at bay as he had for the entire race.

O’Keeffe had little to spare in eighth as Marc Grasby threatened, both closely followed by Hollis and Chris Yates as they took the flag to round off the top 10.

The second race had to be restarted after Max Wyer had rolled at Paddock Hill Bend, but initially Crispin had got the jump on Sparrow as the lights went out, with everyone else in second.

Sparrow was just as unbeatable from the restart but it was a great scrap for second. Crispin just led Tovey, Sandro and O’Keeffe, but Luca had run wide and onto the grass at Clearways once more and was playing catch up again. 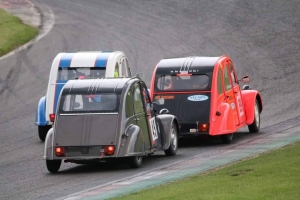 At the end of the opening lap Crispin headed the chase from Tovey, Sandro Proietti and O’Keeffe, but on lap three Tovey got by again into Paddock as the four-car train headed up to Druids.

Sandro began his push for second, but was having to defend from O’Keeffe. He made it past Crispin but Tovey was still second.

The battle ahead had also allowed Luca to rejoin the scrap, after his earlier excursion and he picked off O’Keeffe into Paddock for fifth on lap seven.

Luca’s pace then made it four abreast into Druids, he went in fifth and came out second momentarily before Tovey and Crispin retook.

The duel for third had allowed Tovey some respite, but Luca was determined to retake Crispin, as they both closed on Tovey again.

Luca was third into Druids on lap 10, but it ended in tears when there was contact with Crispin into Graham Hill Bend, sending both wide onto the grass. 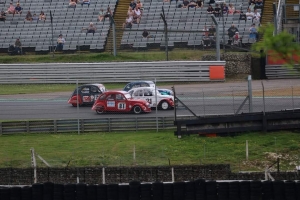 Sparrow’s solitary race was totally dominant, taking his second win of the day by over 12 seconds from Tovey.

As Luca’s front wing came adrift, he limped home in sixth, which had left Crispin clear to secure third and reduce Tovey advantage in second to only 0.357 secs.

Sandro had also closed in and was right with Crispin at the flag, while O’Keeffe lost the tow in closing laps but came home a solid fifth.

Storey and Grasby held station for most of the race in seventh and eighth, while Hollis claimed a late ninth from Yates, with three laps to go. 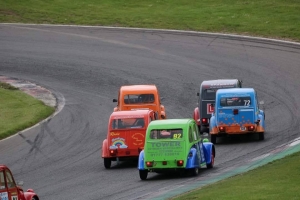 It’s a long gap to the next round now due to the cancellation of the Pembrey rounds. So look forward to August 1st and Mallory Park.