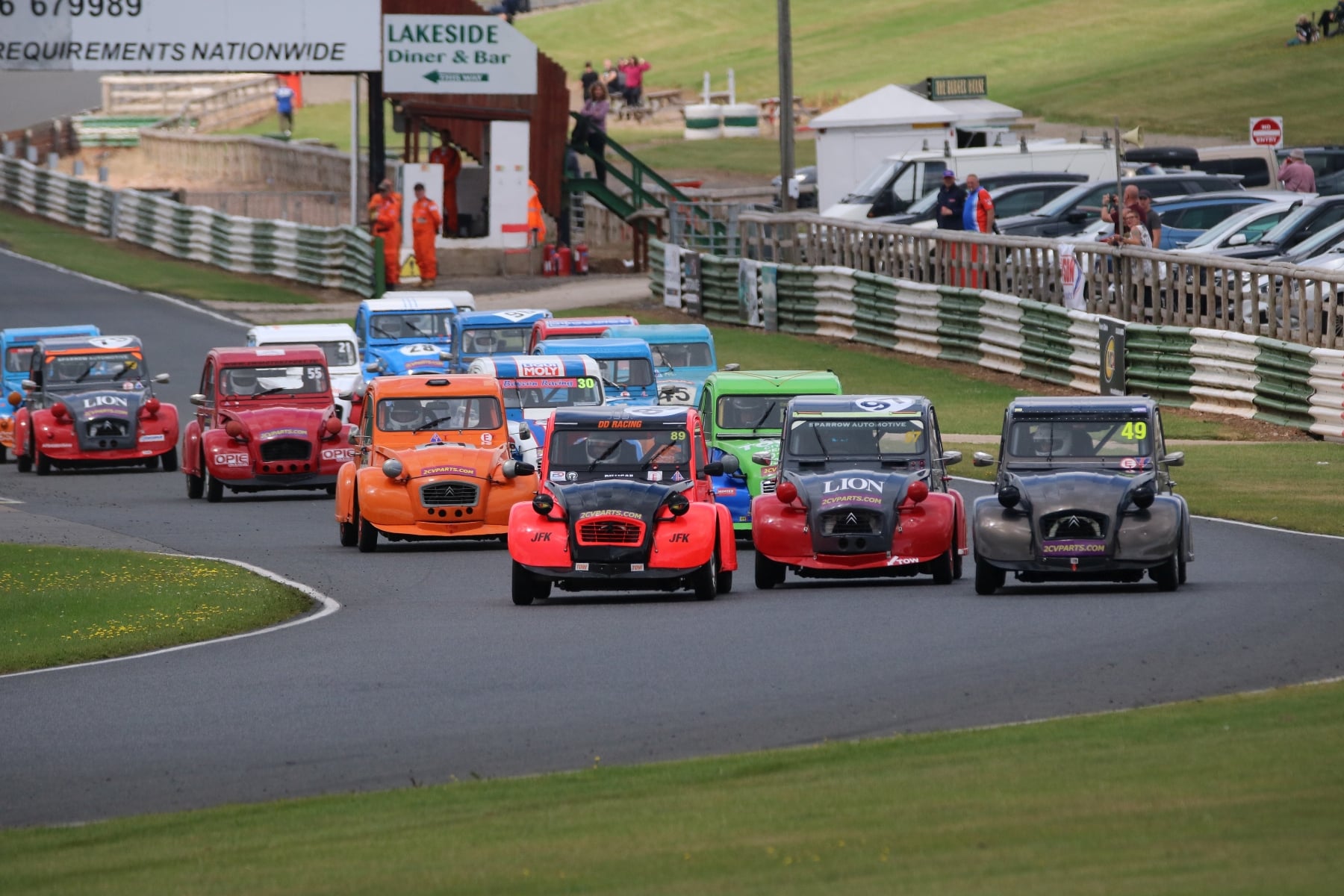 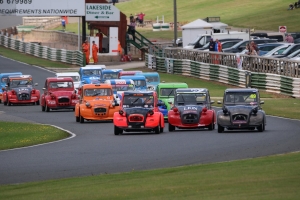 Former 2CV Champion Pete Sparrow continued his unbeaten run so far this season, with another double victory at Mallory Park.

It was Nick Crispin that started the opening race from pole however, having out qualified Kris Tovey by only 0.008 secs, with Sparrow and Nick Roads completed the second row of a 17 car grid.

Sparrow wasn’t originally entered, “I had been working on our other car and just forgot. The fuelling was all wrong too, so I had to best guess it for the race,” he explained. 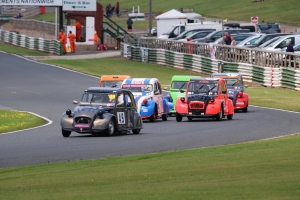 Sparrow shot clear on the opening lap still, and was already a second up on his rivals by the end of the first tour. “I was right behind Nick Crispin through Gerards from the start and got him as we exited onto the Stebbe Striaght,” he added.

Crispin was still second, from Tovey, Nick Roads, Martin Riman and Sandro Proietti all in close formation, but as Sparrow continued to pull clear, the battle behind became more and more intensified.

Tovey took Crispin for second on lap four, while Proietti and Roads swapped for fourth, with Riman and David O’Keeffe running line astern behind. “Pete was off at the front and I was in the group six, all drafting and trading places,” said Roads.

Over the next few laps the changes came thick and fast, with Tovey starting to lose out. On lap seven Riman was into second, before Crispin took both Riman and Roads a lap later, after they had gone into Gerards as one with O’Keeffe, only to run wide onto the grass as they all tried to avoid contact. 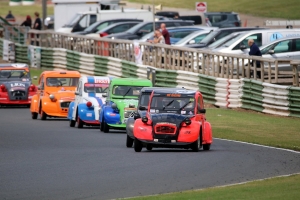 By the end of lap 12 it was still any one from six, with Sparrow almost home and dry.  “While they were all fighting I got away from them all,” he admitted.

O’Keeffe had climbed to second, but behind Crispin had lost four places, as Roads, Riman and Proietti had all got by.

The final winning margin for dominant Sparrow was 1.4 secs over Roads, “I just managed to get David through the Esses to clinch second place,” said Roads, with O’Keefe having to settle for third from lap 12.

Riman led home the chasing group from Proietti and Crispin, all covered by only 0.161 secs, while Tovey tailed off to take a solitary seventh. Julie Walford was eighth, with Michael Fox and Simon Turner completing the top 10.

It was Tovey and Crispin sharing the front row of the grid for race two, with Sparrow back in fifth. Crispin had the first lap advantage, with Tovey and Luca Proietti running nose tail, just ahead of Roads, Sparrow and O’Keeffe. 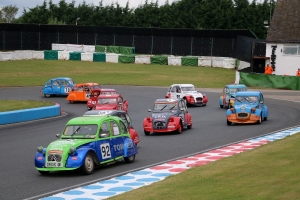 Tovey made his move on the second lap and pulled out a brief lead, as Crispin battled to hold off Sparrow and Proietti, after they had swapped and shaken off Roads and O’Keeffe. “It seems to be between me, Kris Tovey and Nick Crispin for second in most races now, but this season has been the cleanest,” said Proietti.

The sort outs continued as Proietti headed the battle for second, with Crispin slipping fourth behind Sparrow, while in fifth O’Keeffe had taken Roads too. “I was in another group of six for the first few laps, but then Luca and Kris Tovey got away and Pete Sparrow was clear again, and I didn’t make much progress after that,” Roads admitted,

Once Sparrow had breached Proietti’s defence, Tovey’s lead was soon under threat and on lap five both had got by with Tovey down to third, but all three still within 0.5 secs. “I had a few more cars around me in that one, so just had to take my time,” said Sparrow. 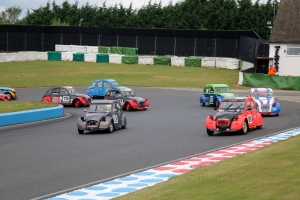 A lap earlier Crispin had dropped to fifth behind O’Keeffe, but claimed it back briefly, but not before Roads joined in too.

Tovey had closed in on the lead again and left Proietti solo in third, but with a lap to go Tovey made a mistake, which not only trebled Sparrow’s lead, but left his second place under threat from Proietti again. “I had worked together with Kris but made a mistake at the Hairpin and dropped off the tow,” Proietti admitted.

Sparrow’s winning margin was 1.859 secs, but it was Proietti in second, with Tovey losing out on the last lap with a loosening undertray. “I think Kris made one too many moves at Gerards and fell back, so I reeled him in and got a run on the Stebbe Straight on the last lap for second place,” said Proietti. 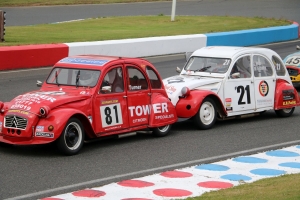 O’Keeffe and Roads’ duel had also split to a solitary fourth and fifth, while it was another nine seconds before sixth placed Crispin took the flag.

Fox was next home, while Turner claimed a late eighth at Matthew Hollis’ expense, with Aubrey Brocklebank completing the top 10.

So it now the countdown to the annual 24hr race at Snetterton – August Bank Holiday Saturday and Sunday.